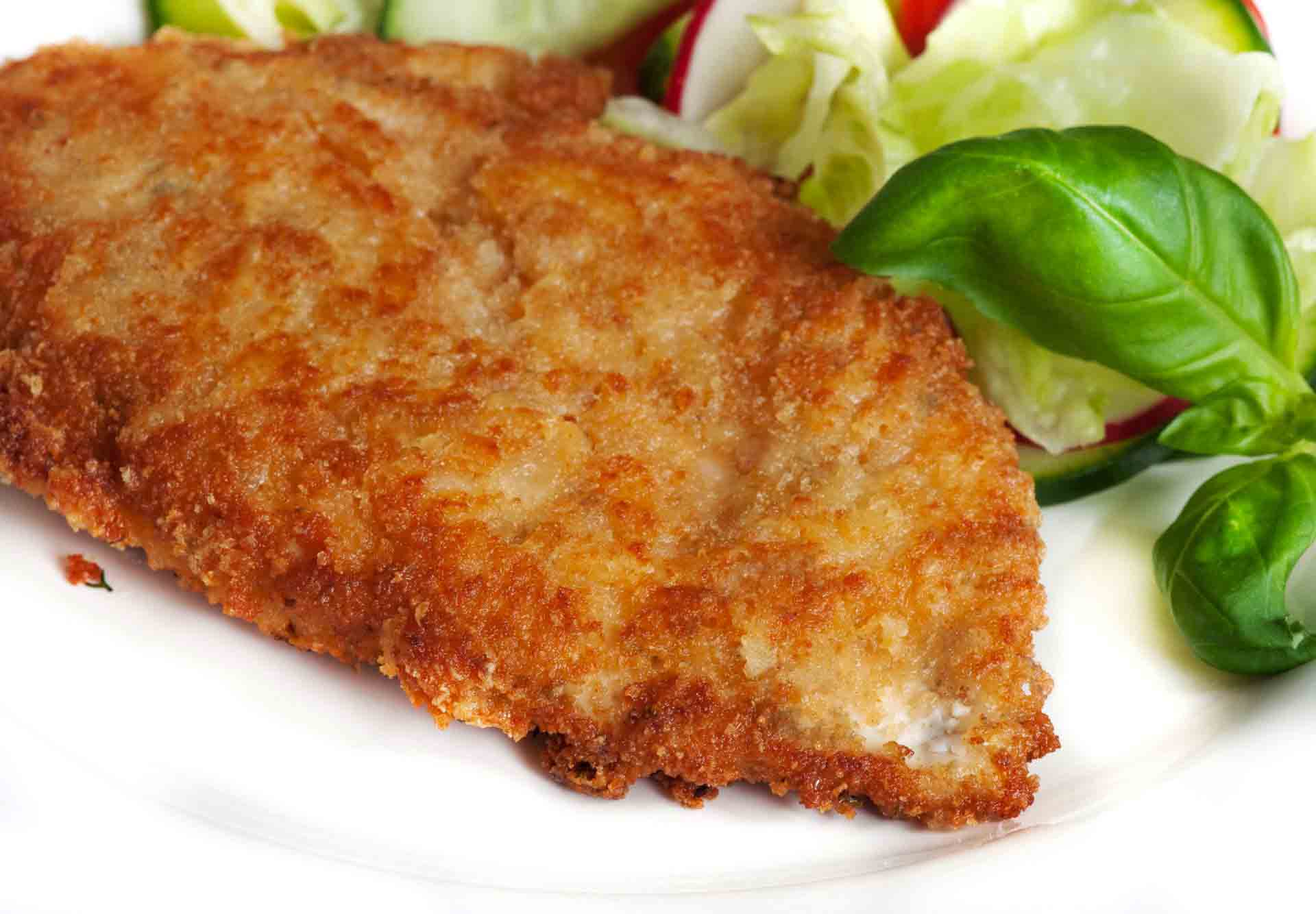 Pan-fried pork schnitzel, in the style of Germany, can be made quickly and easily on a weeknight. The pork chop is incredibly delicious after being marinated in salt and plenty of lemon juice and then shallow fried in oil and butter till browned.

With a side of mashed potatoes and a salad with some delicious pickled bits? Heaven.

In the end, the term “schnitzel” refers to any dish in which a piece of meat is pounded thin, then breaded with flour, egg, and breadcrumbs before being deep-fried. There is some disagreement on where the dish actually came from, although most sources agree that it was developed in Austria.

This dish is not the same as the veal-based Viennese or wiener schnitzel. Personally, I cannot stand the taste of veal and hence rarely consume it. Instead of using ground pork, bone-in center-cut pork chops are used in this schnitzel dish for a flavorful combination of pig “white meat” and “black meat.”

In Germany, pig chops are frequently used, and personally, I find that they taste extremely similar to veal.

Vienna schnitzel, on the other hand, is known for its distinctively airy breading. This recipe satisfies my craving for a crispy coating, although I like mine to have a bit more substance than air.

Schnitzel is actually great for a meal by oneself, even though it might not seem like it at first. Only one pork chop needs to be pounded out and then cooked before it’s ready to eat.

There is no need to multitask when frying a large number of pork chops or to keep the other pork chops warm and crispy.

However, I did end up making this for the family, so if you’re planning on serving more than one person, here are some pointers for getting all the pork chops on the table hot and crispy.

This dish, which I have adapted from Just Like Oma, is the newest staple in my regular repertoire as a woman living alone. Only recipes with low to moderate effort but significant rewards are accepted.

A schnitzel dinner is in order!